THE NEXT LEVEL IN ENERGY-EFFICIENT TEMPERATURE CONTROL 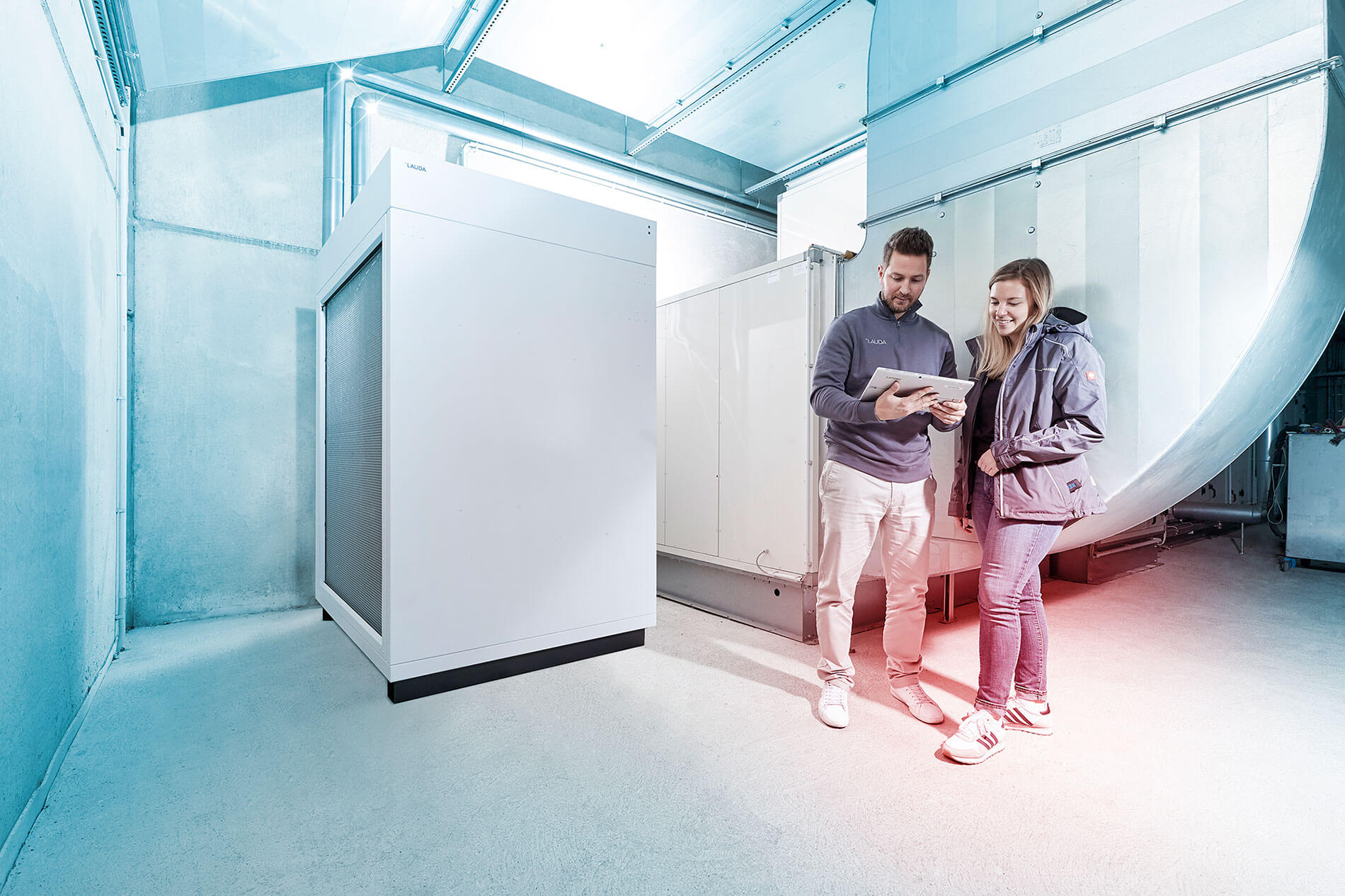 LAUDA, the world market leader in precise temperature control, presents a new generation of ultra-modern circulation chillers of the Ultracool series which have been developed with a focus on energy efficiency and in compliance with the European Ecodesign Directive. LAUDA has also set new standards in the digitalization of temperature control processes as a result of the integrated web server, which permits control via mobile devices, as well as the connection to the LAUDA Cloud. Industrial circulation chillers are often used in continuous operation. They cool applications used e.g. in the printing industry, machine and plant construction and metal working. Companies are increasingly focusing on energy-saving and sustainable measures as part of the energy revolution; the need for energy-efficient options to control the temperature of industrial processes is also constantly increasing.

The new LAUDA Ultracool circulation chillers have been developed in compliance with the European Ecodesign Directive 2009/125/EC, in order to meet customers’ requirements for energy- and resource-saving products. The Directive defines limit values for energy efficiency which process circulation chillers must fulfill. This turns the new Ultracool devices into extremely efficient industrial circulation chillers. The design allows energy costs to be reduced by up to 50 percent depending on the operating conditions compared with conventional chillers which are not Ecodesign-compliant. This not only reduces operating costs but also provides payback times of less than one year.

The new circulation chillers are equipped with an LCD remote control with a cable connection as standard. An Ethernet interface for connection to a computer or local network (LAN) is also integrated as standard. In addition, the intelligent connectivity concept of the new Ultracool circulation chillers provides flexible operating options. For example, the Ultracool devices can be controlled by means of a web server via a PC or even mobile devices – an Internet connection is not necessary. The new LAUDA Ultracool circulation chillers are also among the first devices from the world market leader in temperature control technology to be connected to the LAUDA Cloud. This enables data exchange and monitoring from any computer with an Internet connection – irrespective of the location. LAUDA will systematically expand its Cloud offer from 2020 onwards and offer services such as predictive maintenance to avoid downtimes.

Ready for any customer requirement

LAUDA Ultracool circulation chillers cool precisely in an extended operating temperature range from -10 to 35 °C with a temperature stability of ±0.5 K. The protection class IP 54 allows outdoor installation, and fan control as standard guarantees operation at ambient temperatures down to -15 °C and reduces noise emission. LAUDA has been able to reduce the footprint in comparison with equivalent previous models. All the new LAUDA Ultracool circulation chillers can be optimized for any customer-specific requirement thanks to numerous options such as speed-controlled pumps or flow meters. The bi-frequency power supply (50/60 Hz) enables worldwide use.