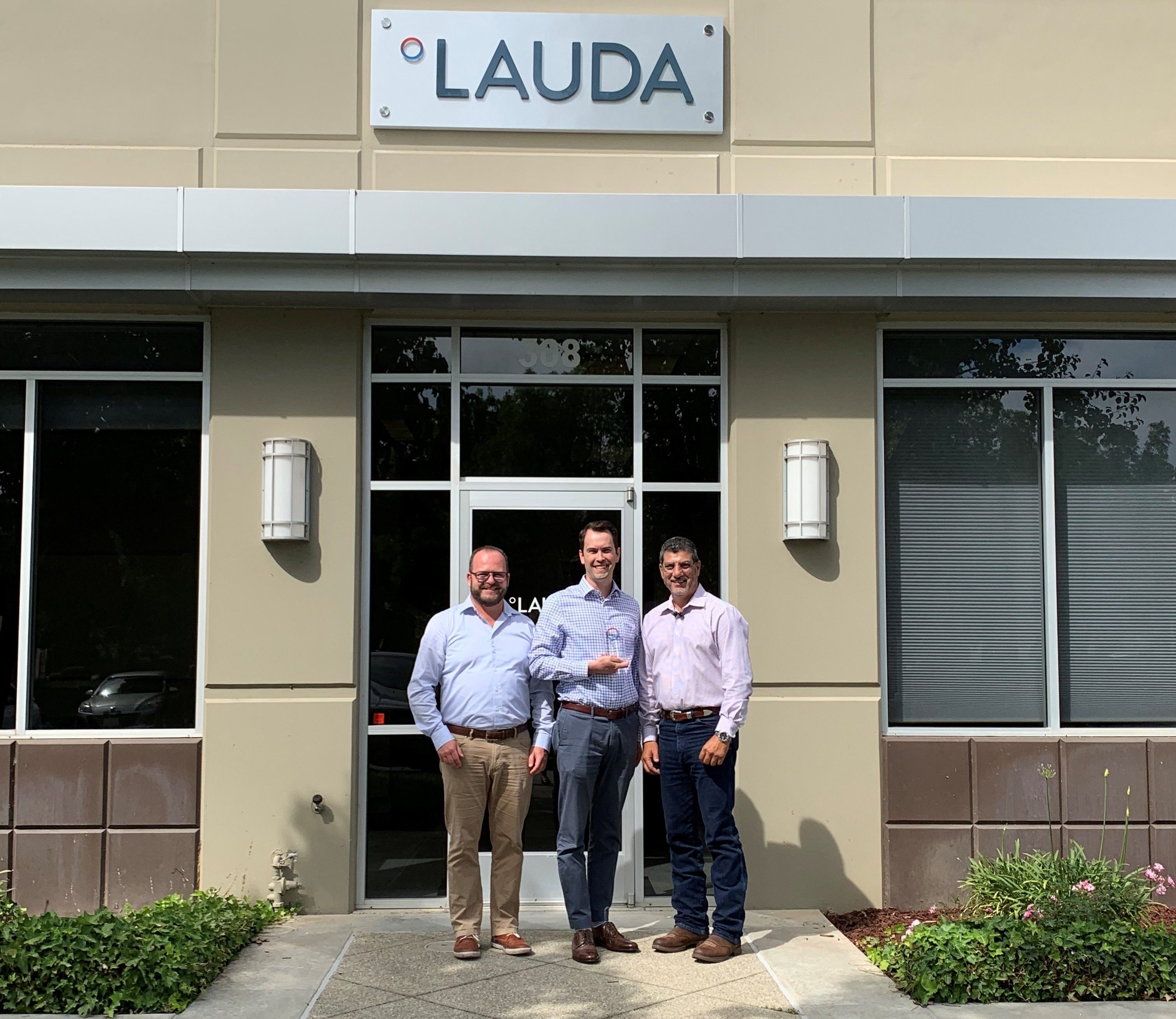 Dr. Gunther Wobser visited the LAUDA-Brinkmann team in their west coast USA facility in order to present LAUDA’s highest honor to a sales agency. Michael Faulkner (center) and Jeff Wilson (right) were presented with the “Important agency with highest sales increase” award for their 2018 performance at LAUDA-Brinkmann. This award represents a high honor at LAUDA, recognizing a sales partner that has both a long standing, strategic relationship with LAUDA, while also achieving a high growth in sales as compared to the previous year.

The 2018 calendar year marked the 10 year anniversary of LAUDA-Brinkmann’s creation and also represented the best year of sales to date. Positive growth of the LAUDA KG OEM sales channel, as well as the successful integration of the LAUDA Ultracool and LAUDA Noah brands all contributed to an excellent performance for 2018. The LAUDA-Brinkmann team was very proud to receive this distinguished honor from Dr. Wobser.